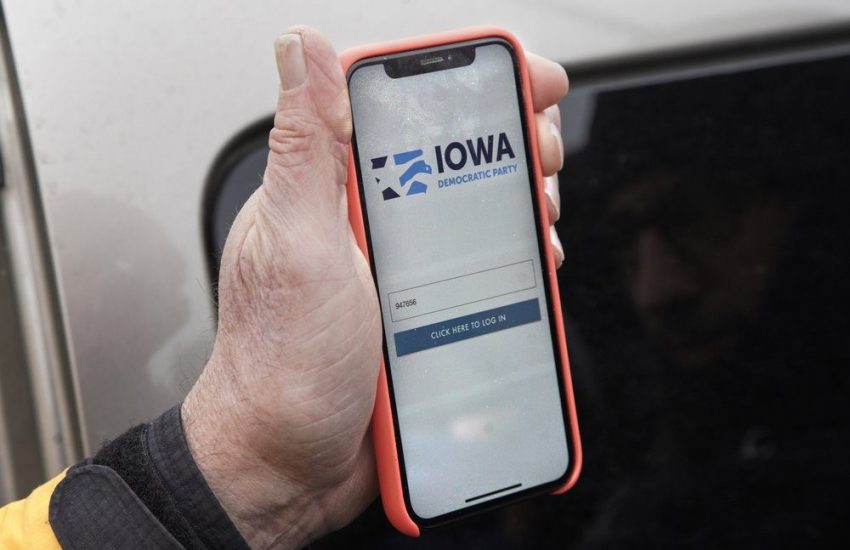 I am sure you have heard the crazy news out of Iowa.

“We have every indication that our systems were secure and there was not a cyber security intrusion. In preparation for the caucuses, our systems were tested by independent cybersecurity consultants,” Price said in a statement Tuesday morning. “As precinct caucus results started coming in, the IDP ran them through an accuracy and quality check. It became clear that there were inconsistencies with the reports. The underlying cause of these inconsistencies was not immediately clear, and required investigation, which took time.”

And in more detail:

Instead, Troy Price, the state party’s chairman, said the problem was a “coding issue” with the system, which caused the app to only report partial data. He said the issue has been fixed. The trouble also had to do with “inconsistencies” with three sets of reporting data. The data came from the new tech system, as well as handwritten notes and photos of the results.

Although there were MANY problems with the app being rushed and not fully tested, one thing that everyone can agree on is that the app HAD most of the data, but it was not being shared properly with those that needed it. Basically, this is how all apps work now. They gather data, put it into a database, then some of that data is shared with you, the user.

With true data ownership, though, if you want to change the scope of what is shared, imagine just changing the scope, in real-time. In this case, the democratic party of Iowa as collecting data at each caucus site then the results were being sent to a database, some numbers added up, then sent to the party leadership. The problem? The party wanted to raw data, not just the summation.

That is what we want at Rownd as well. You should be able to see ALL of the data being collected, not just the rosy picture that apps give you now. If the caucus app would have used data privacy and ownership principles in their app design, the Democratic Party of Iowa would have had their results that night, not a week later.