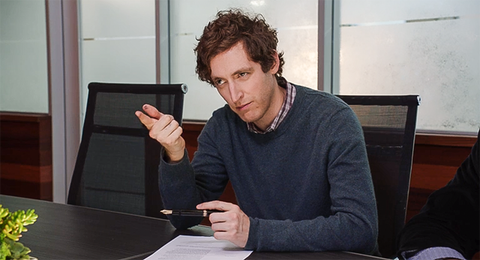 The past year has seen an awakening around the world in regards to Data Ownership (or Data as private property as some have come to call it). From best selling books, to US presidential candidates, from nationwide legislation, to pop culture, there has been a move towards a world where everyone owns and manages their data.

The New Yorker’s best nonfiction book of the year (2019) was The Age of Surveillance Capitalism: The Fight for a Human Future at the New Frontier of Power. It is basically our manifesto in 600 pages and discusses how bad this all could get unless real change is enacted soon.

…And so, as the Internet becomes essential to social and economic participation, we are forced to accept the specific, monstrous asymmetry that it allows for, in which all accessible human behavior is converted into data and harvested in a process that was designed to be invisible to us, its value accruing only among a small group of technology capitalists. Under surveillance capitalism, we are alienated not just through the way we are forced to express our labor but through the way we are asked to express our lives.“These new architectures,” Zuboff writes, “feed on our fellow feeling to exploit and ultimately to suffocate the individually sensed inwardness that is the wellspring of personal autonomy and moral judgement.” But “The Age of Surveillance Capitalism” reminds us that the Internet’s central profit model isn’t inevitable, any more than it was inevitable that we allowed our country to be permanently blanketed by pesticides. Surveillance capitalism can be curbed through sustained outrage and regulation, and it’ll have to be, or else.

As we have discussed earlier in the year, Andrew Yang has a major policy plank in this platform around data as private property. Being the most silicon valley connected candidate, it is easy to see why he is concerned about data rights and ownership.

ach of us generates a significant amount of data each day during the normal course of our activities. Our phones and computers track our movement and actions, while our browsers and websites track our online activities. As we’ve seen, some of the largest tech companies can know more about us and our lives than our families and those closest to us… Consent should be informed and active – companies are responsible for ensuring that they collect a positive opt-in from each user before collecting any data, and this opt-in should be accompanied by a clear and easy-to-understand statement about what data is being collected, and how it is going to be used. You can waive these rights and opt in to sharing your data if you wish for the companies’ benefit and your own convenience – but then you should receive a share of the economic value generated from your data. – Andrew Yang

One of the major curveballs in the Data Ownership revolution has been India. With its new Personal Data Protection bill, India could leapfrog Europe and California to become the first to outline true data ownership over personal data. One of the world’s largest countries could soon change the data ownership game.Harvard Business Review writes:

In principle, DPB proposes that the data provider is the owner of their own personal data. While simple in idea, this notion could impose an enormous implementation burden for digital companies. In the physical world, a property owner can ask for return of their property. Companies in the digital world would have to figure out how to comply with this requirement when the user demands erasure or recall of their personal data from a digital company — for example, when a person requests deletion of all of their information after they cease to be a Facebook member. Digital companies would also have to think beyond their own data storage and usage, because they might have sold the data to a third party.

In their final season, the Pied Piper team tries to create a new internet, free from the adverse incentives of the current iteration. From the Atlantic:

“These people up here, you want to rein them in, but you can’t,” he said, citing Facebook, Google, and Amazon as monopolies taking advantage of their users. “They track our every move, they monitor every moment in our lives, and they exploit our data for profit.” Pacing back and forth, he positioned Pied Piper as a company doing good in a corrupt industry: “I promise you, I will help you end this tyranny, by building an internet that is of the people, by the people, and for the people, so help me God.”But that’s a promise Richard won’t be able to keep.

In the end, even the fictional Silicon valley company has to deal with personal data.

2019 has been the year of waking up to the reality that our personal data is worth something, it is being exploited, and we have to wake up or live in a world where a few control the many.