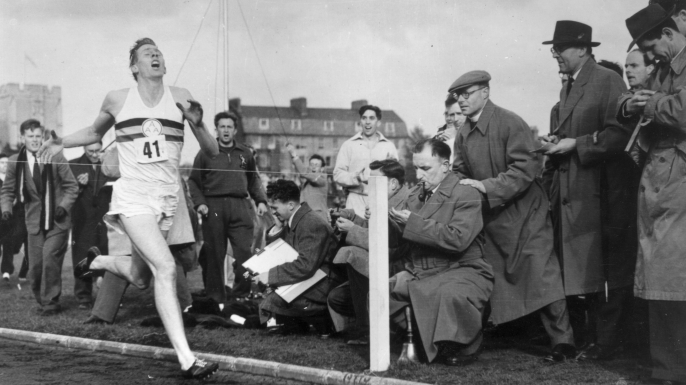 We have been working on creating a new tech stack for a new world – one where individual data ownership over personal information is elevated and easy to plug into any website or app.

We have also seen the policy version of what we are working on playout in the media with naysayers saying it is impossible – how it will break everything if we adopt European Privacy laws or give individuals control over their data. This aversion to a new vision for the world is not new. We saw this with the 4-minute mile. For thousands of years, no one had ever run a 4-minute mile, many thought it was impossible for a human to run that fast for so long. But, after it was done ONCE in 1954, it was repeated thousands of times. Why?

A Great Harvard Business Review article devs into it:

So the four-minute barrier stood for decades — and when it fell, the circumstances defied the confident predictions of the best minds in the sport. The experts believed they knew the precise conditions under which the mark would fall. It would have to be in perfect weather — 68 degrees and no wind. On a particular kind of track — hard, dry clay — and in front of a huge, boisterous crowd urging the runner on to his best-ever performance. But Bannister did it on a cold day, on a wet track, at a small meet in Oxford, England, before a crowd of just a few thousand people.

First, it should be noted, that the “experts” who have never run a 4-minute mile are the ones who set up the “only way” it could be achieved. The actual runner destroyed that myth. Within a year, a half dozen would run even a faster rate. The mental barriers we set up not only constrain us physically but mentally as well.

Well, what goes for runners goes for leaders running organizations. In business, progress does not move in straight lines. Whether it’s an executive, an entrepreneur, or a technologist, some innovator changes the game, and that which was thought to be unreachable becomes a benchmark, something for others to shoot for. That’s Roger Bannister’s true legacy and lesson for all of us who see the role of leadership as doing things that haven’t been done before.

Rownd is working hard on creating a new normal, a new standard for data ownership that proves that the world can have individual data ownership without a lot of hassle, cost, or complications. How can we do this? Because we come from a SaaS background, we understand how businesses work, and we have the experience to create a solution that is as scaleable as it is easy to use.

Most thinking about strategy, competition, and leadership emphasizes the intricacies of business models: revenues, costs, niches, leverage. But mental models are what allow organizations and their leaders to try not just to be the best at what everyone else can do, but to do things that only they can do — which, over time, shows others what it possible. They don’t accept the limitations, tradeoffs, and middle-of-the-road sensibilities that define conventional wisdom. In other words, great leaders don’t just out-perform their rivals. They transform the sense of what’s possible in their fields.