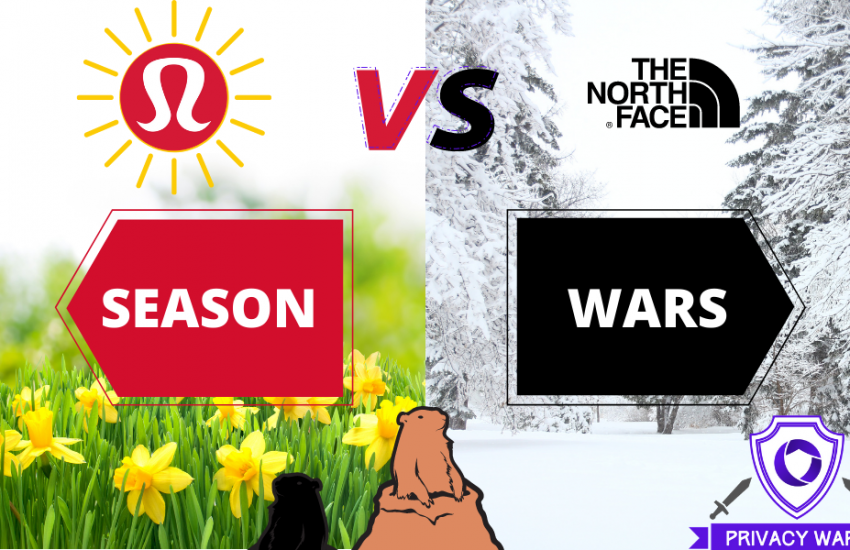 Happy Groundhog Day! Today is the day that Punxsutawney Phil wakes up to check out his shadow! If you live in the Northern Hemisphere, you’re probably wishing that he doesn’t see it. But we at Privacy Wars are ready for either scenario and have two of the biggest clothing companies out there. Today we have Lululemon that represents the season of Spring taking on Winter challenger, The North Face. This battle relies on a Groundhog, but it also relies on your data privacy! Let’s begin!

Round 1: Steps to Request Data

Round 2: Method of Request

Looks like Phil will be buying some new shorts and t-shirts for an earlier Spring! Lululemon barely defeats The North Face. The North Face had the lowest Privacy Wars score so far. Both companies were not generous with their data privacy request forms. This was a disappointing battle, but Lululemon takes home the prize.

Update: Phil saw his shadow…. Phil may be a little chilly with Lululemon gear on!

Hopefully Lululemon and The North Face will get some help with their Data Privacy Statements…. Which is why they should use Rownd!

Do you want to beat your competition with privacy? Then try out the Rownd Data Privacy Platform! Give your consumers the control and trust they deserve!

Watch out for three special matchups this week in preparation for Super Bowl LV! We have Big Tech, top Breweries, and the Chiefs & Bucs themselves pin against each other for the ultimate Privacy Wars!