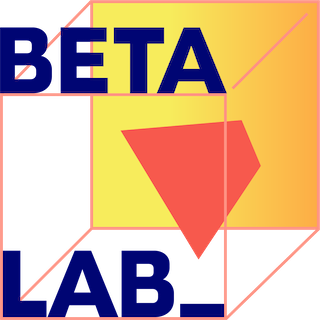 “We give companies that truly want to put their customers first an alternative to the extractive business model of the past. Many legacy companies treat data privacy as an after-thought, and the internet is worse for it. Our flagship product, the Rownd Data Privacy Platform, gives users and customers control,” says Robert Thelen, CEO and co-founder at Rownd. “Apps and websites have a major trust gap. A vast majority of Americans do not trust any app with their data. Rownd helps businesses increase loyalty and empower users, leading to a better experience and more revenue.”

Rownd joined Betaworks’ “Fix the internet” accelerator in June. The team met weekly with partners, learned from industry thought leaders, and received hands-on mentorship in building a successful business. “We came in with a few customers and a few thousand in revenue,” says Rob. “We leave the accelerator with a team of amazing investors and mentors, $50K in revenue, and dozens of new customers.”

“Over the past few months, we have scaled, accelerated, hired, and expanded our product to meet our mission and goals,” explained Matt Hamann, CTO and co-founder of Rownd. “This opportunity with Betaworks has put us into a different league, and we are excited to grow our team here in the Triangle.”

Rownd is a mission-driven company that believes everyone deserves individual data privacy, ownership, and security. The Rownd data platform is available for early access.

Features and benefits of the Rownd Data Privacy Platform include:

· Personal Data Center: Allowing individuals to claim and control their data in minutes

· Developer-friendly: Made by and for developers to get started quickly

About Rownd: Rownd is a mission-driven company that believes everyone deserves individual data privacy, ownership, and security. The Rownd data platform is available for early access.  Based in North Carolina, Rownd is a Veteran-owned start-up focused on delivering B2B tools that increase trust, enhance product experience and speed, and simultaneously decrease the cost of compliance with data privacy laws and regulations. Rownd will be raising seed funding later in the year. Learn more at https://rownd.io. Contact Rownd via [email protected].
About Betaworks Ventures: Since 2008 they have built products from the ground up like Giphy, Dots, Bitly, and Tweetdeck, and invested in many amazing companies including Venmo, Superplastic, Anchor, Gimlet, Rec Room, and Hugging Face.  In 2016, they launched Betaworks Camp, a thematic residency and investment program for early-stage companies.  Camp allows them to immerse themselves in emerging tech categories and work closely with the startups in each cohort. Their current theme is “Fix The Internet”, and encompasses privacy technology, developing a healthier media ecosystem, and consumer products whose business model isn’t predicated on harvesting our data or our attention.  Previous investments include: Tumblr, Kickstarter, Medium, and Venmo. They continue to do so through our seed and series A $50m fund.