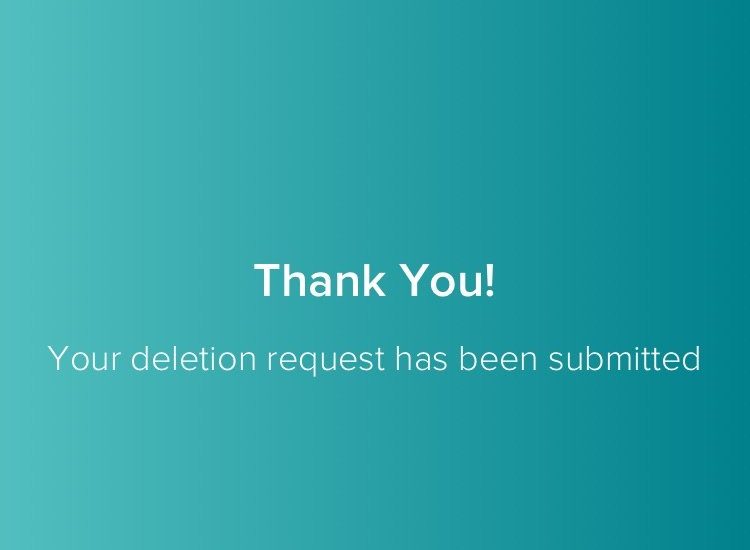 the ROWND CEO was talking to a potential customer last week.

That customer’s CEO said “you have to understand, you’re asking me to trust you with my most valuable asset, my user’s data.”

“But it was never your asset in the first place” the Rownd CEO replied.

The customer thought on that for over a minute….

See we truly believe that end-users really own their data. We think it was a complete misconception to ever see it any other way. In a world where people have misunderstood this, bad things can happen. You may have heard that Alphabet is in the process of acquiring Fitbit. In response my father is getting rid of his Fitbit and considering getting an Apple watch instead. I did this myself last year, and added an Oura ring to it. Apple and Oura have far better privacy policies and business model alignment than did Fitbit alone. With Alphabet coming into the picture, is my father right to be so concerned?

He was worried about security. I told him I think Google will keep the data very secure. Despite the Google plus API data breach Google has an incredible security team. They are very good at keeping hold of their data about you. Their data about you. Not your data.

That’s my real concern with Google. Their mission is “ to organize the world’s information and make it universally accessible and useful” but notice that there’s nothing there about ownership, just access. The best way for Google to achieve their mission is to own all the data.

To know everything about everyone. Their most intimate desires in what they search. Everywhere they go and when. Their entire email correspondence history since say 2005 or so (no need to delete emails again, friend!). To run predictive analytics on digital avatars of them to know what they will do. What they will click. What they will want, what they will buy.

Don’t worry, Google is promising they wont use health data from Fitbit to target ads. Yet.

“Sensing inevitable concern around Google’s upcoming access to a bevy of health data, Osterloh looked to temper criticism with reassurance that it will not be using the information for advertising. “We will never sell personal information to anyone,” the executive wrote. “Fitbit health and wellness data will not be used for Google ads. And we will give Fitbit users the choice to review, move, or delete their data.”

Forgive my doubts. I decided to delete my Fitbit Data ahead of time. Navigating a complex User Experience flow with multiple context switched from App to website to email and back again several times with many “Are you sures?” and the like I think I have succeeded. I have now downloaded a copy and requested deletion, which should only take about 90 days.

We believe in a world where this concern wouldn’t even be relevant. Where the encryption would secure our individual ownership of our data. Where sharing would be our permission only. Where in an acquisition, an Alphabet would need to ask me for access to my data just as Fitbit had. Where an end-owner can easily choose to turn off access to any of their data by any party. Or delete it simply from any User Interface.

We believe in a world where we Really OWN our Data.