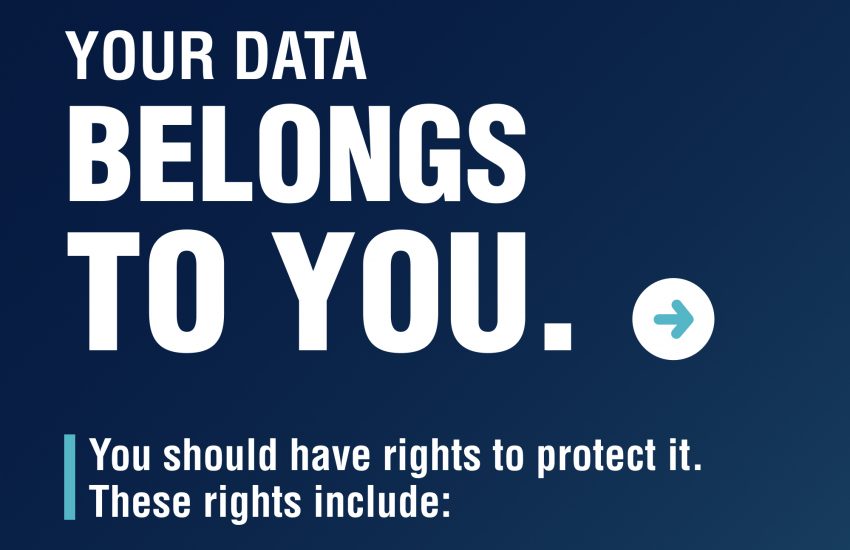 Your Data belongs to you.

This is the message the Data Dividend Project a joint effort with Humanity Forward founded respectively by litigator Enoch Liang and Entrepreneur & former Presidential Candidate Andrew Yang begins their pitch with.

They go on to detail the key rights protected by CCPA (and similarly by the GDPR).

We agree with this philosophy of course, after all we’ve been working and writing in this direction for some time now. We’re used to agreeing with Andrew Yang on the importance of individuals owning their data.

The Data Dividend Project (DDP) is a new ally for us. In a nutshell, founder and litigator Enoch Liang intends to enlist as many American Citizen possible to designate the DDP as their agent for their data to negotiate on their behalf with large tech companies for a share of the economic value created from their data. They plan to start with California residents who have rights protected by the CCPA while leveraging sign ups from other states to advocate for similar regulations to CCPA – much like the state of Washington has begun.

The reason large tech companies should be open to this negotiation is of course the threat of class-action law suit (And potentially actions by state Attorneys General and other regulators.) But the risk of enforcement of regulations do not apply only to the tech behemoths – the Googles and Facebooks, not just to these and the shadowy data exaggerators (“Mediators of Individual Data – MID) that together generate most of the money in the surveillance economy. It can also potentially apply to any business collecting any personal data about its customers and users.

While the tech giants and the MIDs certainly have the money to fund engineers to build technical solutions to empower their users to control and hopefully to own their data in the future not everyone has those resources.

We’re here to help. We at ROWND are building so that every business, developer, mainstreet, or entrepreneur can offer their users an ability to Really OWN their Data. So that if DDP or a class action lawsuit or a regulator were to come knocking the answer can be simple: “our users own their own data!”