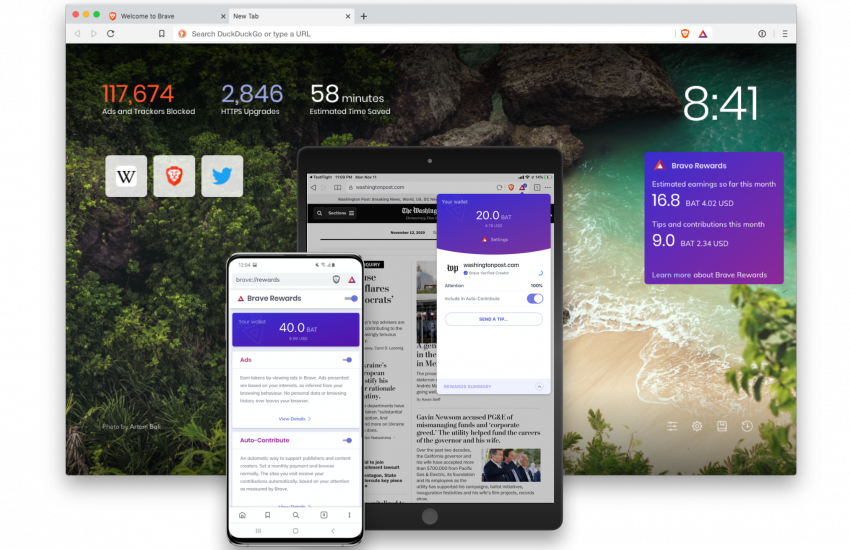 Congratulations to Brave for launching their first stable version 1.0!

Nearly four years after launching in January of 2016 Brave has exited Beta with Monthly Active Users of 8.7M per Engadget.

We at Rownd see a lot to admire in Brave (I’m writing this in that browser now!) Just check out these remark from co founder and CEO Brendan Eich.

“Today’s Internet is broken, and users suffer the most. They are being tracked, tagged, and exploited; this not only violates privacy, but slows down page loads, drains batteries, and makes for a miserable experience. Meanwhile, publishers are losing revenue at a record pace due to a few gigantic super-companies and too many ad tech intermediaries. Advertisers are wasting time and money on an industry filled with fraud. Everyone with a legitimate stake in the open Web loses in this environment,” said Brendan Eich, co-founder and CEO of Brave Software. “Surveillance capitalism has plagued the Web for far too long and we’ve reached a critical inflection point where privacy-by-default is no longer a nice-to-have, but a must-have. Users, advertisers, and publishers have finally had enough, and Brave is the answer. Brave 1.0 is the browser reimagined, transforming the Web to put users first with a private, browser-based ads and payment platform. With Brave, the Web can be a rewarding experience for all, without users paying with their privacy.”“Either we all accept the $330 billion ad-tech industry treating us as their products, exploiting our data, piling on more data breaches and privacy scandals, and starving publishers of revenue; or we reject the surveillance economy and replace it with something better that works for everyone. That’s the inspiration behind Brave,” he added.

As we have with Signal, and Inrupt+Solid we recognize a strong kinship and alliance with Brave. We’re not working on making the worlds fastest browser or one with defaulted shields to blog intrusive advertising and tracking. But we are looking to help build a world where developers that want to are able to offer true security ownership and privacy for data to their end-user. Our contribution will be helping to build a world where users can Really Own their Data.